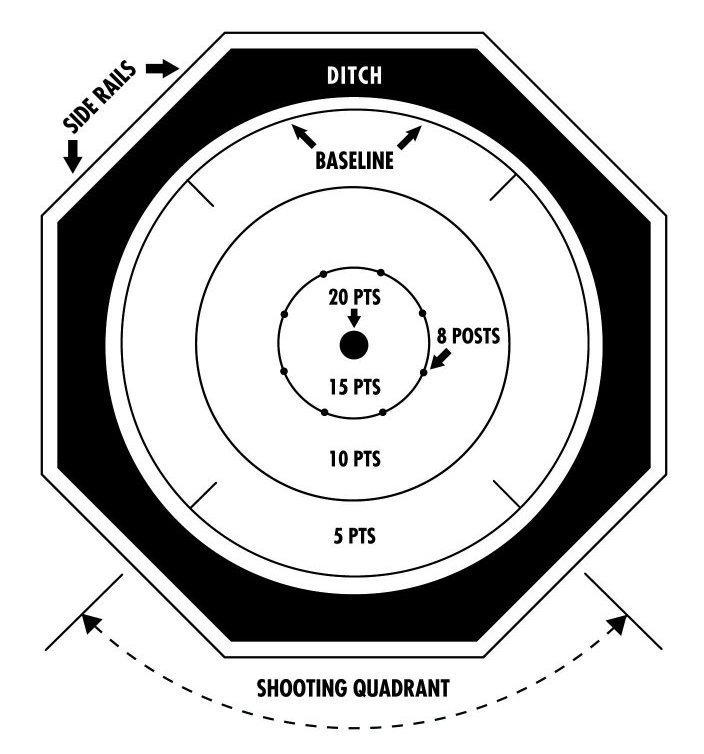 YES:
1) Shoot from any comfortable position. You may stand or move your chair to get in place.
2) Use a bubble level and wedges to level the board
3) Summon a referee to clarify issues, or if you need help in any way.
4) Use a flashlight to resolve ‘close-to-the-line’ issues.
5) Spray wax may be used before any game, but not during a game. Avoid silicone-based waxes because
they contain abrasives which damage the surface. (Best choices: Guardsman or Formby’s).

NO:
a) No mobile device use during play. Penalty: forfeit game.
b) Remove any jewelry that may damage the gameboard during play.
c) Players may not intentionally move the gameboard or the table, unless mutually agreed upon.
Penalty: forfeit the game. If accidentally moved, no penalty, but consult the referee if needed.
d) No banging on the board with pucks or hands.
e) While opponent is shooting, do not touch board or table, and do not place pucks on the board.
f) Do not intentionally wave, shout or engage in any other activity that distracts your opponent.
g) No ‘do-overs’. Once a puck leaves your finger, and crosses the baseline, a shot has been made.

RULES OF PLAY FOR TOURNAMENTS

– Singles = 8 games = 12 pucks each = First shot alternates back and forth regardless of score
– Doubles = 4 games = 6 pucks each = teammates have same color = First shot rotates clockwise
– A Match is won by the player or team with the most points. Ties broken by 20’s shootout of 12 pucks each.

Singles: After the Breaker, play alternates back and forth, one shot each, until all pucks have been played.
The player with The Hammer is the Breaker of the next game.

Doubles: After the Breaker, play is clockwise, one shot each, until all the pucks have been played.
The next Breaker is the person sitting clockwise to the previous Breaker.

R-3) Shooting Zone:
Puck must touch the baseline. Puck may touch, but not go beyond, either quadrant line.

R-4) Regulation Shot:
Puck must be placed flat on the board in your shooting zone. Some part of the hand or wrist must rest on the gameboard, and not be ‘free-floating’ in the air. Using any finger or thumb, alone or in combination, flick the side of the puck, not the top, without your hand moving forward. No ‘pushing’ is allowed.

R-5) Scoring Lines:
A puck must be completely within a scoring zone to be valued at that score. Any puck touching a line is valued at the lower score.
Look at the bottom of the puck to determine if it is touching a line. If there is space between the line and the puck, it is not touching, if there is no space, it is touching the line and counts for the lesser score. Use a flashlight or call a referee if needed.

R-6) In a close line call, both players must AGREE
whether a Puck is ON or OFF. Any disagreements are decided by a referee.

One of your pucks must make contact with one of your opponent’s pucks.
If not, the shooting puck is removed

CHOICE (B):  STATE CLEARLY THAT YOU ARE ‘GOING FOR A TWENTY’ :

If you “Call a Twenty”, any one of your pucks must land flat in the Center Hole.
If you fail to make a twenty, but your shooting puck remains on the board, your opponent has the option to either leave your shooting puck on the board, OR remove that puck to the Ditch. The opponent either  removes the puck, or signals to the shooter that  it is OK to remove the puck. The shooter must not automatically remove the puck.

< This unique ‘New Mexican’ rule increases the risk of ‘calling a twenty’. Sometimes it will be to your opponent’s advantage to leave the puck on the board; For example, he/she may be able to use it as a ‘backboard’ to score a ‘twenty’. Other times, it will be to his/her advantage to remove the puck. >

R-9) WHEN OPPONENT’S PUCKS ARE NOT ON THE BOARD:

This is called a “Free Shot”.
The player may shoot from his/her quadrant to anywhere on the board, however the puck must come to rest within the 10-point zone, or beyond; or cause another of your pucks to do so. If not, the shooting puck is removed to the ditch. If any of the shooter’s pucks land flat in the center hole, the puck counts for 20 points, and is placed on top of the rail or into a clearly-visible-to-all ‘twenty-holder’.

Sometimes during play, pucks fly off the board and rebound back onto the board. Rebounding pucks are considered “OFF” and removed to the ditch, even if they land in the 20 center hole. The rebounding puck(s) may cause ‘damage’, moving other pucks on the board. Whatever ‘damage’ they cause is allowed to stand on the board. If the rebounding puck causes any other puck to land in the 20 center hole, this puck will count for twenty, whether it is the shooter’s puck or the opponent’s puck.  When a puck flies off the board, players may not intentionally direct the puck back onto the board.

R-10-A) If a puck flies completely off the board during play, it must be retrieved and placed in the ditch before the next shot is played. If a player makes a shot while the puck is being retrieved, the shooter forfeits the game.

Do not remove any pucks from the game board until both players agree to the score.

Rare, but possible points:
– A puck leaning against a post and touching the board = 25 points.
– A puck resting entirely on top of the post = 50 points.

A-1) All “Twenties” must be displayed on the top of any rail or in a clearly-visible-to-all ‘twenty holder’.
Failure to display: they count for zero points at the end of the game.

A-2) Pucks must NOT be removed to the Ditch until they come to a complete STOP.
If a player touches a puck before it stops moving, the penalty is loss of 20 points.

A-3) Once a puck is in the ditch, it may NOT be removed from the ditch until the round is over.

A-5) At the end of the match, both players or teams must agree as to the score, and are equally
responsible for accurately reporting the score to the ‘official’ scorekeeper for the tournament.

S-1) Before the tournament, a ’20’s shootout contest ‘  helps players  ‘warm up’ their shooting skills.

S-2) Each player should keep their own scorecard, making it easy for the referees to verify the scores.

CAUTION: GAME-PIECES ARE A CHOKING HAZARD

YOUNG CHILDREN SHOULD ALWAYS BE UNDER ADULT SUPERVISION

YOUNG CHILDREN SHOULD ALWAYS BE UNDER ADULT SUPERVISION